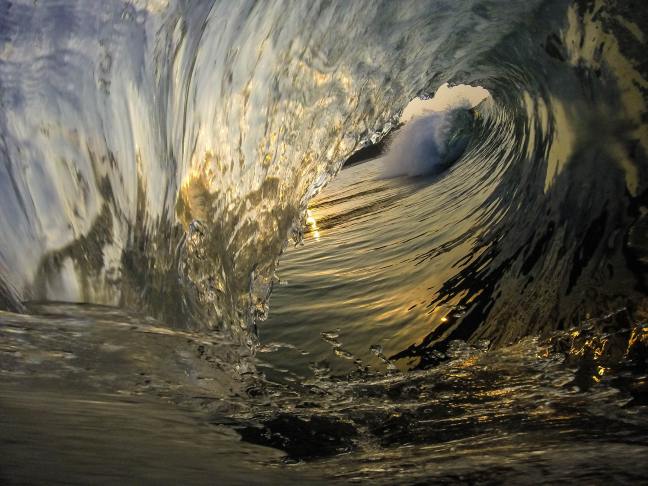 Six weeks done and we enter our virtual online Spring Break. And my social media both professional and personal is awash with questions from people about school closure and online learning from a teacher/librarian/tech/personal point of view. It’s the long tail, the tsunami hitting land after the earthquake at sea. And I know that’s just a pretty picture of a wave on my blog and nothing at all like a tsunami. We in China had the Earthquake and now as folk in the rest of the world start running from the Tsunami we’re inundated with questions.

I’m not sure we’re equipped to answer them.

As private international schools in Asia we are a bunch of extremely privileged people. Both educators and pupils. My “go to” people in the China EdTech /Education world are a relatively homogenous group in that we are all well resourced and can go back to our leadership and ask for the money we need for the things we need to support and sustain online learning.  We have strong and capable leadership in our school who have modeled best practice in their empathetic and compassionate attitude and behaviour to all constituents of our community. We haven’t had to deal with salary cuts, union rules, students in situations of extreme poverty, or unreasonable demands. My colleagues and peers are a sharing, giving bunch and the things we create or come up with are shared freely without cost to others as we build on what works. The companies we work with have been super helpful and responsive and generous.

But the Tsunami has hit shore, and the coastal dwellers include the most vulnerable and least equipped or prepared for this. Our solutions won’t and cannot be their solutions. We have to remain humble in our responses. Even as I realise this and write of my experience I realise this comes from a place of privilege. I have these resources I can rely on.

The personal and political

This blog is a little more personal as I sit in the early hours of the morning after a fitful sleep. The virus has come close to home. A child in my daughter’s boarding school in the UK was diagnosed with the virus yesterday. After he left the school to go back to Europe on Wednesday. We heard last night European time. My husband is still in Nanjing. My son is with me in Switzerland. She’s in the UK. Three jurisdictions. Three different social, ideological cultural and emotional responses to this event.  But what does that matter when you have to make decisions? Decisions that could put other people at risk – like her guardians in the UK. A country that won’t let her be tested privately or publicly before going to them. A place where a lot of air-traffic is still occurring due to bizarre travel decisions by the leader of yet another nation. Where schools won’t/can’t make autonomous decisions and need to look to their government, but where the government, unlike the Chinese government, has a more cavalier response to the situation. And it seems is putting economic and political expediency above people’s lives. I keep second guessing myself.

This much I know is true. She should not be in a boarding house/school with so many other people. She can self-isolate with our friends / her guardians. She should not be travelling internationally at this time – airports / planes = high risk. Virus statistics and reporting is a numbers game. Literally a game. You test, your infection stats go up your fatality rate goes down. You don’t test, you can pretend all is ok. But then people die.

These are my concerns. Is she infected? If so, she infects the people who are generous enough to take her in. They infect other people. She gets ill – she’s young and healthy – but what if she gets very ill? I’m relying on friends to take care of my child, my young adult?

Ok, so a bit more about parenting (or the lack thereof) during the virus.

I wrote this for parents on a libguide right at the start of school closure. It was recently included in an article by ISTE so I thought I’d better revisit it. Funnily enough I don’t think I’d change anything. I’ll just expand a little on what it looks like practically and in reality for people going into this.

I’ve been working crazy hours, so parenting has suffered. This is a good thing in some respects.  Above all I think it’s important to keep good relationships going in the home. A big part of that is me refraining from nagging my son. When I do try and take what he considers to be an unreasonable interest in what he’s doing / how / when / how much, it nearly always ends in a row. Unless he’s doing the asking for help – in which case I need to drop everything and attend to him. I just love this (old) NY Times article about being a potplant parent – that’s needed more than ever during online learning.

My son has ADHD. He was totally overwhelmed at first. So were his teachers, even though I don’t think any of them are similarly afflicted. The first inclination for everyone is to try and carry on as normal, just online. It took at least two weeks or more for everyone to “calm the f down” and settle into workable solutions and routines. A couple of strategies that helped for us at home:

This gif shows how I felt by 7am yesterday morning after nearly 7 weeks non-stop working. We’re now in our Spring Break and I’m promising myself to get off the computer and do some reading. Of real physical books!

Photo by Joshua Dewey on Unsplash