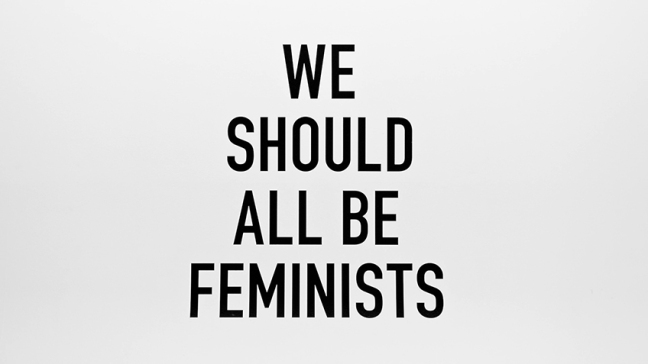 I’m part of this club that I never want to be in the position to welcome others to, and yet yesterday afternoon I had to admit yet another member.

I don’t even know what to call it – I don’t want to name it – #metoo has connotations that I’d rather not introduce an 11 year old to, but maybe we need to.

The scenario. Last hours of the last day of a G6 camp. A young girl sitting to the side crying. As the nearest available woman I was asked to see what the problem was. She was really upset. Why? She’d had a great idea during one of the group activities that was ignored, but then wholeheartedly accepted when a boy reiterated the exact same idea minutes later. I affirmed her right to be upset, and angry and frustrated. And inside I’m thinking omg, how horrid that at the tender age of 11 she’s already being confronted with this. Or how admirable that she’s so aware – I think I was in my own private intellectual haze until at least university.

I told her there was a name for what had happened – sort of, and explained mansplaining. I told her there were other strong capable women out there who were ready to support girls like her and that I’d send her some articles. I told her that crying was unfortunately not the answer, nor was setting herself aside. I quickly taught her some calming breathing, and yesterday evening got in touch with a wonderful teacher at our school who runs a club for students around the themes of gender and identity. I spoke to a couple of teachers who had been at the stations where she’d been excelling in leadership – intellectual and physical and who totally “got” that what had happened was that she’d been taken down a peg or two by the wanna-be alpha males in the group. At 11. Yes. At the age of 11. It probably happens earlier, but perhaps the consciousness and self-righteousness and awareness of what has just happened doesn’t happen earlier (frontal lobe and all that?).