The Teacher Librarian and multi-lingual environments – an opportunity

One trend in education that has received limited attention in teacher librarian (TL) literature is the demographic shift in schools to more students with cultural and linguistic diversity. Statistics from the USA, Canada and Australia indicate around one in five students do not speak English – the language of school instruction at home (Australian Bureau of Statistics, 2013; “Canadian Demographics at a Glance: Some facts about the demographic and ethnocultural composition of the population,” n.d.; Center for Public Education, 2012). Data from Sydney University indicates that a national average of 21% disguises local figures at some (particularly state) schools with a range of 50-90% (Ho, 2011). International schools catering to an expatriate population are particularly diverse environments.

Practitioner literature generally concerns itself with cultural diversity in materials and the building of a world literature collection in response to student diversity or as part of a language / humanities curriculum (Garrison, Forest, & Kimmel, 2014). Some international or bilingual schools, build a “Languages other than English” (LOTE) collection.  Schools may try to recruit bilingual or minority TLs, or provide training in competencies in multicultural education (Colbert-Lewis & Colbert-Lewis, 2013; Everhart, Mardis, & Johnston, 2010; Mestre, 2009).

Within a school, the main educational and social issues are to ensure students acquire the language of instruction (English) as quickly as possible and adapt to the new learning environment without loss of educational momentum, while maintaining and developing their mother tongue (Kim & Mizuishi, 2014). Even though there is evidence that support and maintenance of mother tongue is the most effective way of scaffolding such students, schools place most of their effort and resources on English acquisition (Carder, 2007; Cummins, 2001, 2003).

TLs in their own professional development are familiar with the use of geographically dispersed personal learning networks (PLNs) in order to create a personal learning environment (PLE) using a variety technological tools (McElvaney & Berge, 2009; O’Connell, 2014). They also have extensive networks both locally and internationally that can be tapped into. This provides TLs with an ideal opportunity of working with a group of students and teachers in creating their own PLE with a variety of resources, networks and personal web technologies (PWT) both in their mother tongue and the language of instruction.

The International Baccalaureate (IB) program allows mother tongue students the option of guided self-study if the school doesn’t offer the language.  Tapping into the experiences and communities of practise (COP) of distance education, massive open online courses (MOOCs), PLNs and PLEs could ameliorate the logistical, resourcing, teaching and learning difficulties of this option unbound by time and geography. A successful pilot scheme with one language group could be rolled out to other groups. Not only will this enhance the reputation of the TL in the school but will also contribute to the schools goals of equity in teaching and resources and ensure support and involvement by the whole school community.

Center for Public Education. (2012, May). The United States of education: The changing
demographics of the United States and their schools. Retrieved December 14, 2014, from
http://www.centerforpubliceducation.org/You-May-Also-Be-Interested-In-landing-page-
level/Organizing-a-School-YMABI/The-United-States-of-education-The-changing-
demographics-of-the-United-States-and-their-schools.html

Cummins, J. (2001). Bilingual Children’s Mother Tongue: Why Is It Important for Education?
Retrieved May 27, 2014, from http://iteachilearn.org/cummins/mother.htm

Cummins, J. (2003). Putting Language Proficiency in Its Place: Responding to Critiques of the
Conversational – Academic Language Distinction. Retrieved May 27, 2014, from
http://iteachilearn.org/cummins/converacademlangdisti.html 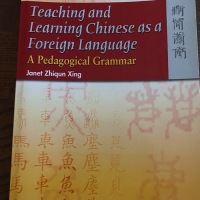